In 2013, when schools and other clinical programs were expanding their emphasis on teaching core vocabulary words, Robin Parker and I developed a set of resources for families and professionals that included symbol cards, sample sentences to model, activity suggestions, and more. All of these were based on a small set of core words for each month (see that post here). We followed that with a second set of Year of Core Vocabulary Word resources for a new list of words (click here for that post).

We’re reprising those posts for anyone interested in following along and utilizing the resources developed by quite a few people in the AAC community. You can access the resources for September words by clicking on the images below. 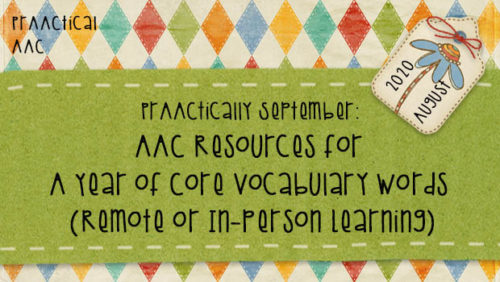 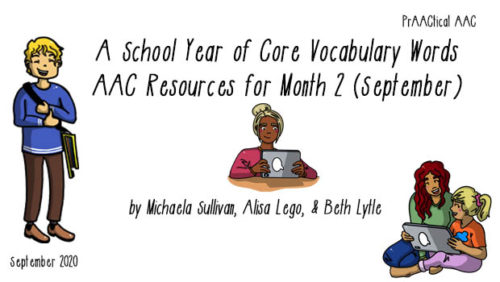