The Faces of AAC: Dianna and Brian As we bring AAC Awareness Month to close, we add add another Face of AAC. Dianna Finlay, an SLP from CLASS in Tacoma Washington and Clinic Director Paula Herrington, introduce us to Brian. Brian Long. He’s a user. He’s been using all his life. He likes the high. I can’t say I blame him.

One of Brian’s buddies was a user for a while. He stopped using and is still going though bad withdrawal.

If I was dealt the same hand as Brian, I’d like to think I’d be a user too.

Of course, we’re talking about a user of augmentative and alternative communication. Brian Long is a 43-­‐year-­‐old male diagnosed with cerebral palsy. He has no functional oral speech and depends on a speech-­‐generating device to communicate. Brian has been receiving speech therapy through CLASS, Inc. for a few years now. He communicates via a Dynavox Vmax, however, the device sat in the closet of his group home for several years, broken. During that time, Brian was only able to communicate via looking up/down to say, “yes” and “no”.

When I told Brian that I was going to interview him to share his story with PrAACtical AAC, Brian wanted to make sure my priorities were set.

First, I am obliged to share the following information. Brian is handsome. Oh, and he’s funny. He is also patient and kind. And although those are his words, I certainly have to agree.

Next, Brian wanted to share his date of birth with everyone, as it happened to only be a few weeks away.

“What are you planning to do for your birthday?” I inquire. “Boat. Dinner.” He responds.

“Suit. Tie” He could barely contain his excitement.

I redirect him.  I’m glad he wanted to share that information with his soon-­‐to-­‐be fans but I was hoping to hear all about how AAC has changed his life.  I had a riveting article to write. I tell him we are going to talk about his device to a little.  I ask him how having the device makes him feel.  I ask him about the people he communicates with.  I ask him a few more questions.

“What is it that your device has made it possible for you to do?” He stares at me.

“What are some things you can do because you have this device?” I rephrase.

I anticipate an answer about socialization, specifically interpersonal relationships. But the answer I get has forever changed my perception of what a device means to its user. 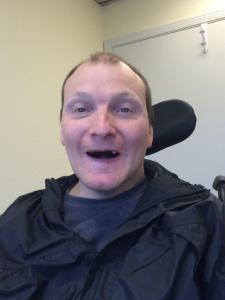 He scans his device and selects “school”, “church”, and “store”.

Brian can experience the world around him; a power and privilege he has because of his augmentative and alternative communication device. Video of the Week: Faces of AAC – Zainab Omar 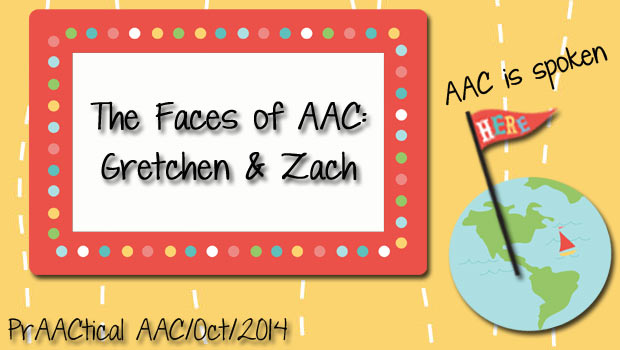 The Faces of AAC: Gretchen and Zach The Faces of AAC: Justyna and Wiktoria