Some people thrive on conflict. Not us. We’re happiest when things are running smoothly and everyone is getting along. Nonetheless, we’re secretly thrilled by the conflict that has erupted between apps and traditional SGDs.
—
Here’s what we love about this conflict.
1. We LOVE that the technology that launched this controversy has raised the public’s awareness of AAC as an option. AAC in the local papers and New York Times. AAC on 60 minutes and segments of the nightly news. No matter how you feel about apps versus traditional SGDs, you gotta love the fact that more people now know that there are tools out there for people with little or no functional speech.
–
2. We LOVE that AAC technology has progressed to a point where there is something to argue about. When I started my AAC career, the Express 3 (PRC),  Zygo 100 (Zygo), and the HandiVoice (Phonic Ear) were looking pretty impressive. Rick Foulds had just designed the Tufts Interactive Communicator (TIC) and the Canon Communicator (Telesensory) was the top selling communication aid. It had no voice output, but printed words on a thin strip of paper that the user could tear off an hand to someone (picture a label maker without the adhesive).At that time, the best devices voice output devices were capable of producing speech at a rate of 2-10 words per minute. In a robotic male voice.
—
3. We LOVE that the contention is about which AAC tools to use, not whether or not they should be used at all. When I was in grad school, AAC was experimental. There was controversy about whether communication programs should have a library of these assistive communication aids to use with their patients. Some thought it was unnecessary and risky: Professionals might start prescribing them to people who didn’t need them.
–
4. We LOVE that the disagreement is about two approaches to AAC technology both of which have tremendous capacity. As I entered clinical practice, the experts were discussing which was best: voice or printed output. No one was seriously discussing a commercially viable device that could do both.
–
5. We LOVE that we’re able to talk about which kinds of AAC that health insurance and educational entities should fund, not whether to fund AAC at all. When I was an undergrad, it took the court  system to fund an AAC tool for a woman whose botched surgery left her a quadriplegic and unable to speak. Eileen Tanenbaum had no other recourse back then and the custom system designed by the John Eulenberg’s team at the Michigan State Artificial Language Lab was unavailable to others like her. (Click here if you want to continue the stroll down memory lane with us and a big, big thank you to Lyle Lloyd for helping me to appreciate the rich history of the AAC field.)
–
There’s a lot to love about this controversy and what it says about where we are in the field of AAC. Of course, we need to deal with this controversy in a serious way, as it raises significant questions for the AAC field and the people we serve. But for now, we’re just loving the fact that we can argue at all.
– 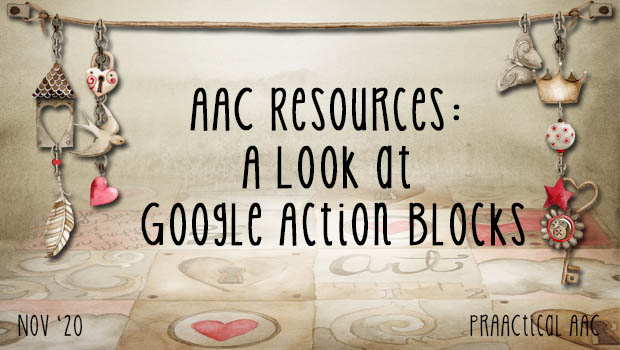 Video of the Week: The Life-changing Experience of Getting a Speech Generating Device 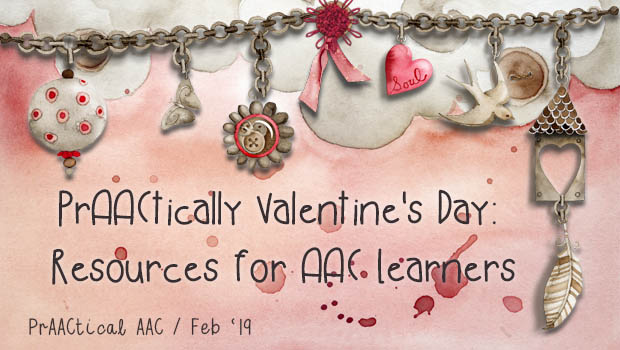